HOME
Napoleon Hill talks about the wisdom the billionaire Andrew Carnegie shared with him some hundred years ago. Napoleon Hill (October 26, 1883 — November 8, 1970) was an American author who was one of the earliest producers of the modern genre of personal-success literature. He is widely considered to be one of the great writers on success.His most famous work, Think and Grow Rich, is one of the best-selling books of all time. Hill’s works examined the power of personal beliefs, and the role they play in personal success. He became an advisor to President Franklin D. Roosevelt from 1933-36. “What the mind of man can conceive and believe, it can achieve” is one of Hill’s hallmark expressions.How achievement actually occurs, and a formula for it that puts success in reach for the average person, were the focal points of Hill’s books. According to his official biographer, Tom Butler-Bowdon, Napoleon Hill was born in a one-room cabin in the Appalachian town of Pound in Southwest Virginia. Hill’s mother died when he was ten years old, and his father remarried two years later. At the age of 13, Hill began writing as a “mountain reporter” for small-town newspapers in the area of Wise County, Virginia. He later used his earnings as a reporter to enter law school, but soon he had to withdraw for financial reasons. Hill considered the turning point in his life to have occurred in the year 1908 with his assignment, as part of a series of articles about famous and successful men, to interview the industrialist Andrew Carnegie. At the time, Carnegie was one of the most powerful men in the world. Hill discovered that Carnegie believed that the process of success could be outlined in a simple formula that anyone would be able to understand and achieve. Impressed with Hill, Carnegie asked him if he was up to the task of putting together this information, to interview or analyze over 500 successful men and women, many of them millionaires, in order to discover and publish this formula for success.As part of his research, Hill interviewed many of the most famous people of the time, including Thomas Edison, Alexander Graham Bell, George Eastman, Henry Ford, Elmer Gates, John D. Rockefeller, Sr., Charles M. Schwab, F.W. Woolworth, William Wrigley Jr., John Wanamaker, William Jennings Bryan, Theodore Roosevelt, William H. Taft and Jennings Randolph. Hill was also an advisor to two presidents of the United States of America, Woodrow Wilson and Franklin Delano Roosevelt. As a result of Hill’s studies via Carnegie’s introductions, the Philosophy of Achievement was offered as a formula for rags-to-riches success by Hill and Carnegie, published initially in 1925 as a multi-volume study course called The Law of Success, later re-released in 1928 in an abridged version under the same title. The Achievement formula was detailed further and published in home-study courses, including the seventeen-volume “Mental Dynamite” series until 1941.

Napoleon Hill talks about his meeting with Andrew Carnegie

Charles Schwab Who Worked For Carnegie, Napoleon Hill talks about his meeting with Andrew Carnegie.

My Stock Broker Actually Stole All Of My Money

Just as a sidenote: Multitasking is actually not a great idea. So, my very first promote is, search, call the 800 number, and ask what it truly cost to position a live trade. Second is an extensive analysis of your portfolio.

They just need to have the info presented to them in a various way than what is normally taught. Sometimes the easy concepts are the simplest to get into the mind.

For whatever factor, when we get a brand-new increase in efficiency, whether that be from a tool, technology or technique.we rapidly forget just how much more efficient it’s made us. It’s humanity. It’s like the commuter who snaps about how bad traffic is, but forgets what a pain it was to wait on the bus. Or the cell phone user who complains about a bad connection, and forgets the days when he needed to fish for extra change to make a call from a pay phone.

Do not be fooled thinking informing fibs will impress that unique somebody enough to get relationship began. it will turn them off! Be your best self.

Possibly easier stated then done, however with a little practice you can do anything your little heart desires. This specific formula has been used for centuries by thousands of effective people consisting of Henry Ford, Theodore Roosevelt, Charles Schwab, and F. W. Woolworth, just to name an extremely few.

Have you heard the stating Charles Schwab Trading that there is no new material, just brand-new ways of providing or analyzing it? Along those same lines, have you heard the idea that frequently it’s the 3rd, 27th or Nth time an individual hears a particular principle that it truly clicks? Meaning that lots of people have stated the same thing to that person, however not at the best time or in the ideal way for them to really hear it?

If there is no dominant brand name, or a minimum of not a dominant brand in the mind of many potential customers, jump right in with your services or product and try to rapidly establish your Charles Schwab Investment leadership. Cut rates, cut offers, hire sales people, launch huge promotion projects, do whatever you can to seize the management position before someone else does.

When Procter & Gamble presented Tide several years earlier, they might have called the item a “brand-new, better soap.” Then, Tide was soap, and Tide is soap today, in the sense that soap is a “cleaning representative.” But Tide was made from artificial products rather than the fats and lye discovered in conventional cleansing products like Ivory, Oxydol, and Rinso. Tide might have been called a synthetic soap, but that would have nailed the brand name to the soap category. So Procter & Gamble called Tide the “first cleaning agent,” a totally new classification and even today, Tide is the leading brand name of cleaning agent.

Getting more of the important things done in a day makes a bigger impact on your life than any other technique you can take. At the end of every day you will have utilized your time carefully. When you leave work to spend time with your loved ones, and the finest part is you feel regret totally free. as the stuff you didn’t get done wasn’t crucial.

Next he mentions offering more than fair service for the pay. You should get in front of your potential market and detail your particular benefits. First he counsels the value of tough truthful work.

If you are looking updated and engaging comparisons about Charles Schwab Who Worked For Carnegie, and Refused Credit Card, Online Discount, Stock Market, Success Progress you should subscribe for subscribers database totally free. 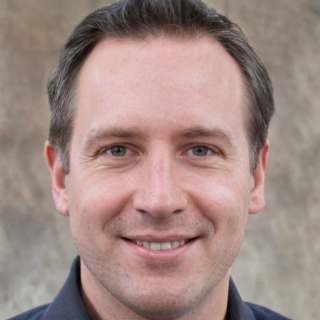